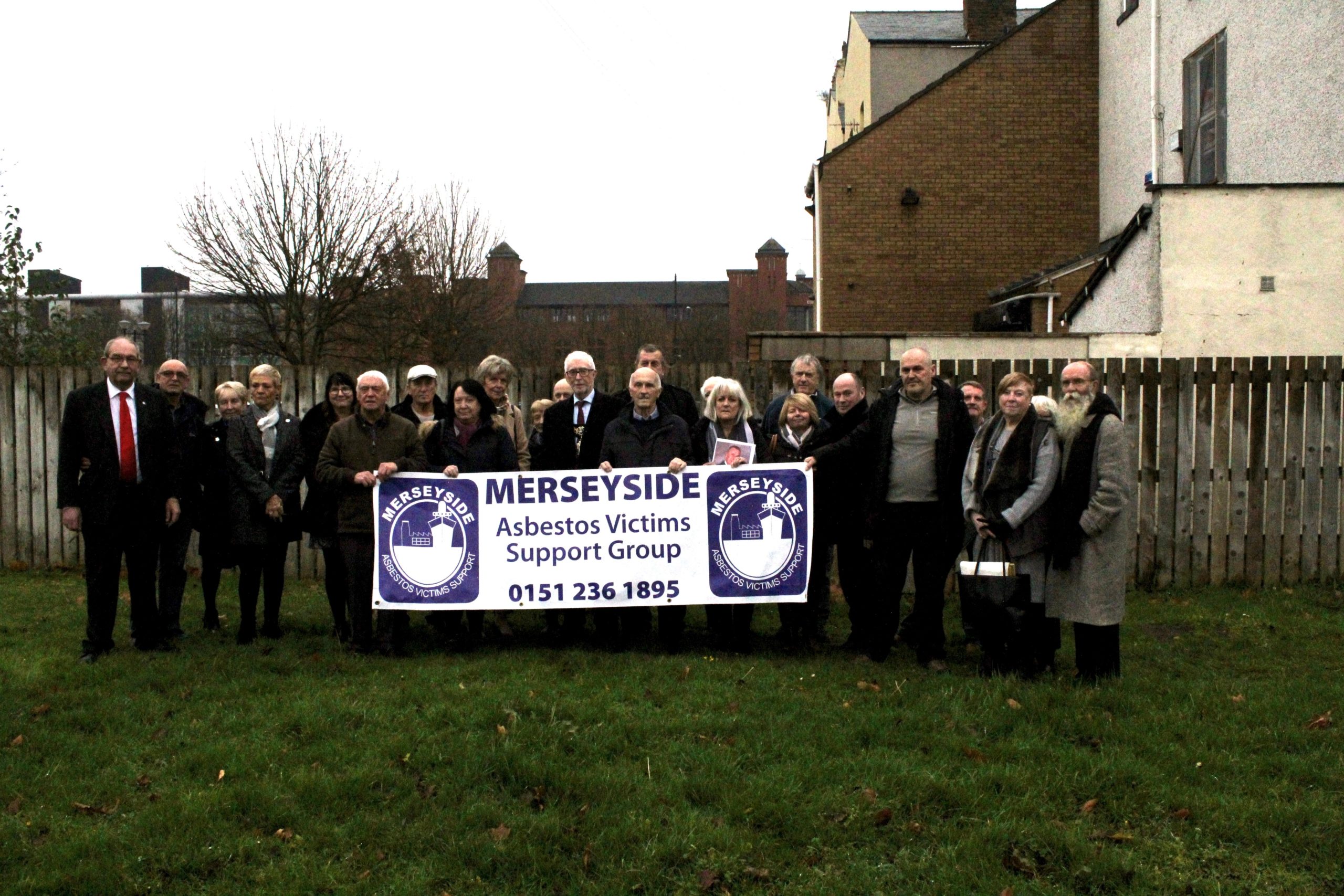 Asbestos victims gathered at the Unite Union Building in Birkenhead to unveil a plaque commemorating the 20th Anniversary of the banning of asbestos. The Mayor of Wirral, Councillor Tony Smith and Mayoress Mrs Barbara Smith unveiled the plaque (pictured) organised by the Merseyside Asbestos Victims Support Group. Messages of support were received from the Japanese victims support Group in Yokosuka and the Ship Breaking Workers in Chittagong, Bangladesh who the group work with internationally to campaign for a global ban on asbestos.

The Mayor of Wirral, Councillor Tony Smith said, “When we look back in history at the asbestos tragedy and it’s horrendous legacy, people often believe that asbestos is no longer a problem in society.  Well it is.  It is still causing over 5,000 people a year to be diagnosed with asbestos related diseases and the sad and tragic prospect is that that number is likely to increase but we don’t know for how long.

Merseyside and in particular Birkenhead, has a long history of asbestos use, including in the shipbuilding industry which used asbestos by the ton in a bygone age.  This has resulted in Wirral being one of the hotspots in the UK for asbestos related diseases. In fact the UK has the highest incidence of mesothelioma, a cancer of the lining of the lung, in the world.”

John Flanagan, Support Officer for the Group said “As a group helping victims we want to alert society today of the present dangers of asbestos in the built environment and will shortly employ a dedicated person to carry out this vital role”.

The ceremony took place at 1.00pm on Sunday 24th November, the date when John Prescott signed off on the legislation after Angela Eagle MP, junior Minister in Tony Blair’s government had steered the legislation through its parliamentary stages.

All photographs taken by Mr. James Ward can be used for publicity and on social media without charge.